Memorial Day is a time to honor those who lost their lives while serving in our country’s armed forces. It’s also a time to consider what kind of country our brave soldiers are coming home to after serving in the military.

The truth is that much more must be done for those who have sacrificed so much. We must be willing to fight as hard for them as they have for us. It is time for this nation to launch a renewed effort to improve the lives of all our soldiers and the lives of families who must endure the pain of lost loved ones.

The critical question is what must we do? The answers are not easy, but we must launch a new national jobs initiative to help veterans obtain the good jobs they deserve.

Over 70 years ago, President Roosevelt’s G.I. Bill provided returning World War II veterans with money for college, businesses and a home mortgage. The economy was thriving and a strong manufacturing and industrial sector, coupled with a growing union membership, provided millions of those who served in World War II with a good paying job and a pathway to the middle class.

Today, 1.4 million Americans are in our all-volunteer military, and many are from families that are struggling to make ends meet. Many soldiers who have fought and served abroad are coming home to a country where good manufacturing jobs have been shipped overseas. They are also coming home to a country that is grappling with social and economic inequality, stagnant wages, and a shrinking middle class.

Those who joined the military since September 11, 2001, a group known as Gulf War Era II veterans, are facing high rates of unemployment. According to the U.S. Department of Labor, the unemployment rate among veterans who joined the military since 2001 was 7.2 percent in 2014. Unemployment for female veterans in the 25–44 age group was higher at 8.5 percent, and for male veterans in the 25–34 age group, the unemployment rate was 7.5 percent. In addition, 29 percent of Gulf War Era II veterans reported having a disability that was connected to their military service in 2014, compared with 16 percent of all American veterans.

Our veterans deserve a better country than the one they are finding when they return home. They deserve a chance to earn a better life, whether as part of our union family or not. We believe by strengthening unions, we can also help our veterans live better lives. They deserve someone who will fight for their hard-earned right to have a good job, with good wages and benefits. We believe the UFCW and others can do this. But every company and union in this country should be willing to work together on this just fight.

On June 22, 1944, when signing the GI Bill into law, President Roosevelt said, “What our servicemen and women want, more than anything else, is the assurance of satisfactory employment upon their return to civil life. The first task after the war is to provide employment for them and for our demobilized workers ….The goal after the war should be the maximum utilization of our human and material resources.”

On Memorial Day and beyond, let’s honor those who have sacrificed so much by fighting for good jobs and a better life for all our veterans. 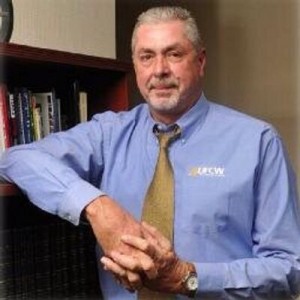