On Monday, June 22, 2015, Rhode Island Governor Gina Raimondo visited the office of UFCW Local 328 to ceremoniously sign off on a new law increasing the state minimum wage. Workers will now receive $9.60/hr, as opposed to the $9.00/hr they are currently making, starting January 1st, 2016. This legislation will mark the fourth straight annual pay raise for the workers of Rhode Island. Back in March, Governor Raimondo held a press event at Local 328’s office, during which she called on the State General Assembly to increase the minimum wage from the current $9.00 per hour, to $10.10 per hour. 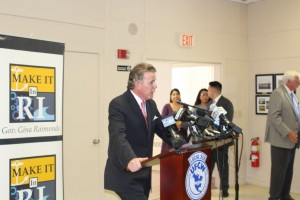 While this increase is a step in the right direction for the workers of the state, there is still more progress to be made. As President of the Rhode Island AFL-CIO George Nee stated at the event, ” We would have liked $10.10, but you know we live in a world where sometimes there are compromises.” President Nee continued, ” We will be competitive with the state of Connecticut and 40 cents behind Massachusetts, so we’ll come back again next year. But, I think the most significant thing is that we are now $2.35 ahead of the federal minimum wage.” 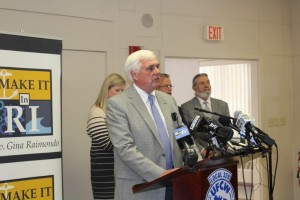 Representative David A. Bennett and Senator Erin Lynch were also at the event, both staunch advocates of the legislation. “Putting more money in the pockets of those with the lowest wages helps them buy the basic goods and services their families need,” said Representative Bennett (D-Dist. 20, Warwick, Cranston). “It also helps the economy, because those workers go out and spend that money locally, supporting local businesses. A stronger minimum wage will mean a stronger economy for Rhode Island.” 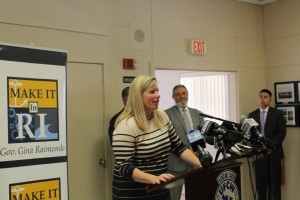 “Raising the minimum wage helps people support themselves and reduces the likeliness that they’ll need government assistance programs,” said Senator Lynch (D-Dist. 31, Warwick, Cranston.) “This is an increase that brings us more in line with our neighboring states, and helps our residents keep up with the costs of living in our region of the country, and will help Rhode Island’s economy keep up too.” 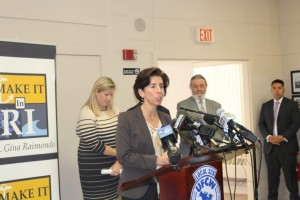 For more information on the Governor’s visit to Local 328, check out Turn to 10’s coverage of the event.

For more information on the passage of the bill, visit the website for The State of Rhode Island General Assembly.