On February 6th, our hard-working members at Oak Hill Nursing Home located in Pawtucket, Rhode Island, unanimously ratified a new three-year agreement that makes improvements to their benefits and working conditions. The hard-working women and men at Oak Hill joined UFCW Local 328 in 2015 after their nursing home was sold to a company that took away their benefits and seniority. Through negotiations, we were able to successfully negotiate their seniority back and make improvements to their benefits. Since then, their nursing home has been sold two additional times. Each time, the new company wanted to cut their vacations, personal days, sick time and differential pay. But thanks to the strength of the workers, a strong committee, and the power of a union, we were able to reach fair agreements.

These latest negotiations had been the toughest. After getting a unanimous strike vote from the workers, we delivered a 10 day strike notice to the employer. Leading up to the day of strike, the company came back to the table and we were able to reach a fair deal. The new contract guarantees nine percent in wage increases after the company had originally proposed only two percent. Importantly, we were able to protect all of the benefits that the company originally was looking to take away. We also successfully negotiated a new clothing allowance as well. The members at Oak Hill Nursing Home are a great example of the power of solidarity. When we fight, we win! 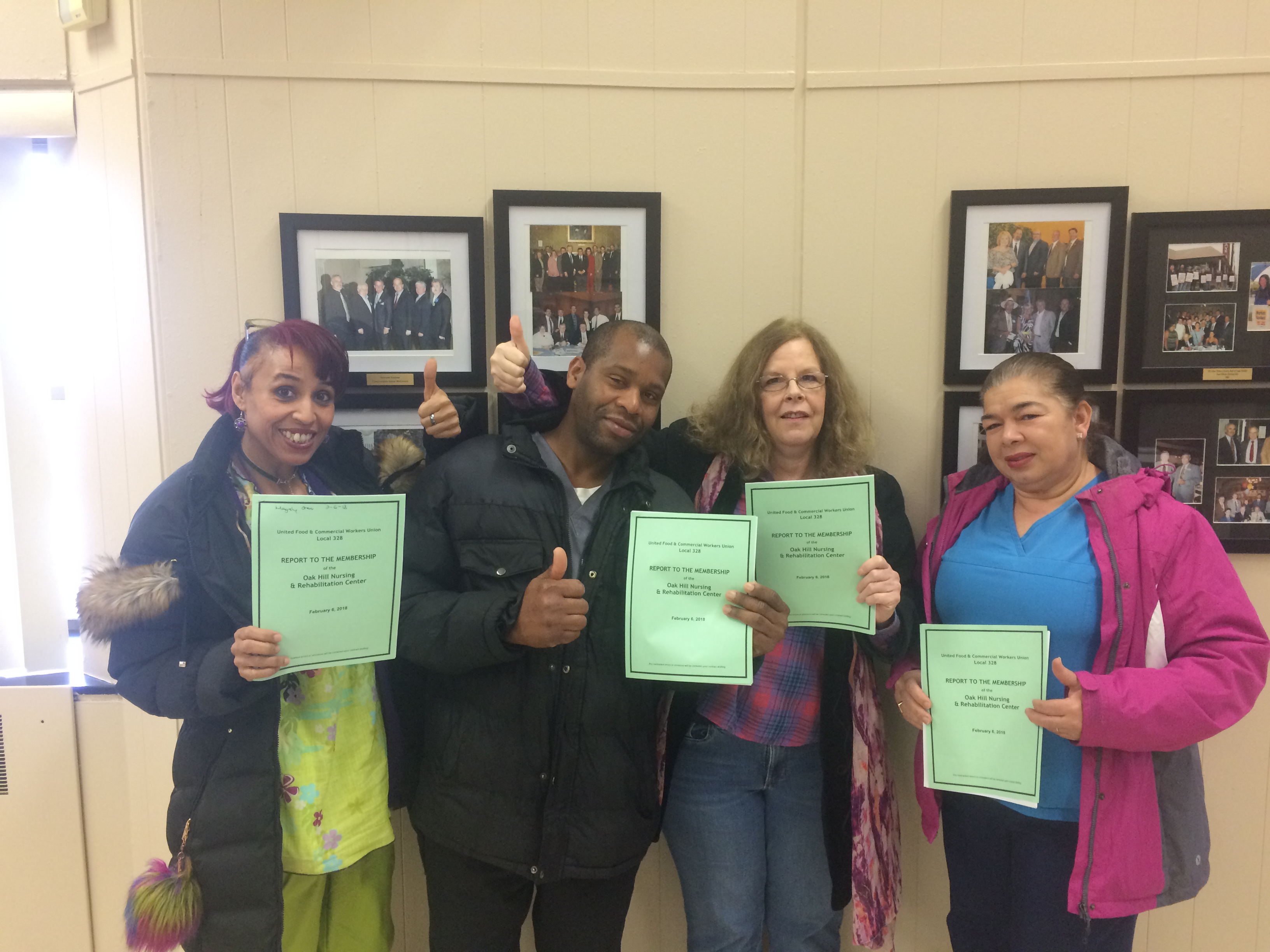