Today, community and labor allies joined over 50 workers from Eastland Foods located in Cranston, Rhode Island to send a strong message to management that they are standing united despite the company’s anti-union tactics. An overwhelming majority of workers have already signed authorization cards expressing their desire to form their union and now have an upcoming union election with UFCW Local 328. These workers process, package, and ship raw vegetables and fruits that end up at our local grocery markets throughout New England. While management refused to listen to the words of the workers, their message was delivered loud and clear: respect their rights to form their union in a fair environment free of threats and intimidation.

The worker committee of Eastland Foods read and delivered a letter on behalf of the workers stating, “After many years of working very hard for this company, we have been neglected and we have been treated with very little respect. We know that for the work that we do, we deserve better. We feel that it is unfair that we only earn minimum wage and we have no vacations, paid sick days, or paid holidays.” They continued, “In less than a week, we will cast our votes in favor of forming our union and we look forward to finally addressing the major problems that we have struggled with here for so many years.” They ended the letter by respectfully demanding that management “put an end to the intimidation and scare tactics” and to accept their decision to form their union. 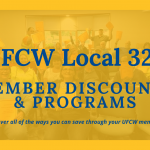 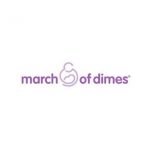