Today, the hard working men and women who work at Eastland Foods located in Cranston, Rhode Island took a major step forward to finally being able to address the major issues in their workplace by overwhelmingly voting “Union Yes”, 74-37. Despite the anti-union tactics of management, they remained united and proved once again that when workers choose to stand together, they can be resilient no matter the opposition they may face.

UFCW staff were first introduced to the workers at Eastland Food when they were invited by Adrian Ventura, Director of CCT, a community group located in New Bedford, Massachusetts, to attend a delegation led by the workers. The objective of this delegation was to demand that management address the allegations of sexual harassment that was happening at the plant. Workers and union organizers continued to meet after this and that’s when we learned of the major issues and working conditions that these workers currently face. Some of these include only earning minimum wage, no paid vacations, no paid sick days, no paid holidays, receiving only two break periods for 17 hour long shifts, and allegations of wage theft.

After learning their rights, the process, and the benefits of organizing, workers began to sign authorization cards and shortly thereafter a petition for a union election was filed. During the days before the election, workers displayed great solidarity among each other by leading another delegation where they were joined by community and labor allies to demand that management respect their rights to form their union and to end the intimidation. This event empowered the majority of the workers to wear their ‘union yes’ shirts to work just days before the election.

It cannot be overstated the amount of courage, strength, and solidarity these workers have displayed. Their message was made loud and clear today: injustice in the workplace will not be tolerated and the time for change is now. We look forward to beginning the process of negotiating a fair contract that reflects the hard work and dedication that these workers bring to the company every day.

The list of people and organizations to thank is long but it first includes Executive Director of CCT Adrian Ventura, who works tirelessly to improve the working conditions of immigrant workers in New Bedford and the surrounding areas. We’d also like to thank the Executive Director of Rhode Island Jobs with Justice Mike Araujo and the RI AFL-CIO who helped turn out community and labor allies to show support for the workers at Eastland Food. The list of these organizations includes IBEW Local 2323, IBEW Local 99, Providence Newspaper Guild, UFCW International, Teamsters Local 251, Unite-Here, NEA, IATSE Local 481, RI Painters Union DC 11, AFSC, State Rep. David Bennett, Brown Student Labor Alliance, Fuerza Laboral and many others.

The workers at Eastland Food have a favorite expression: “El pueblo unido, jamás será vencido!” which translates to, “The people united, will never be defeated!”. That was certainly true today. 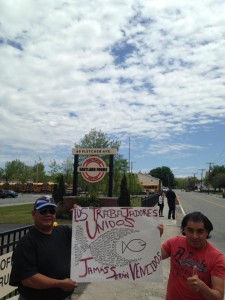 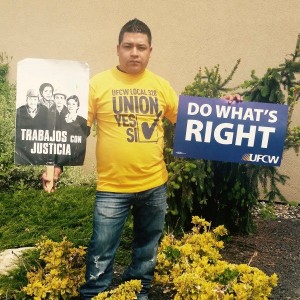 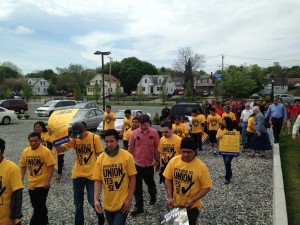 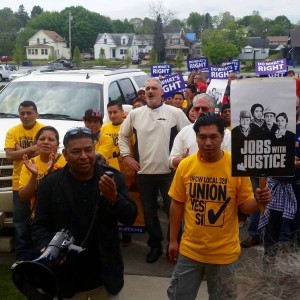 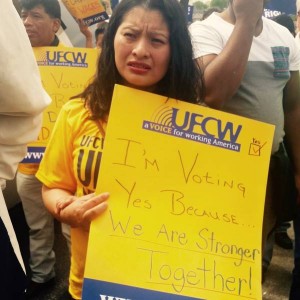 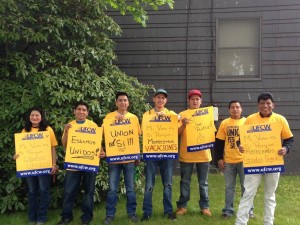 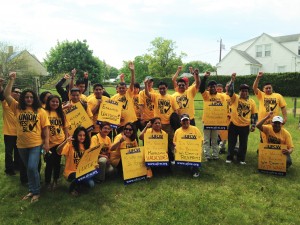