Over the Fourth of July holiday weekend, an op-ed penned by UFCW International President Marc Perrone and Executive Vice President Esther López was published in The Hill. Titled “Fulfilling America’s Promise for Immigrants,” the piece talks about the urgent need to reform our broken immigration system. You can read the full text of the op-ed below:

“For most, the Fourth of July is about celebrating America. It’s a day to spend with family, enjoy great food and fireworks. For immigrant workers, their families and communities, the Fourth of July is about celebrating the promise of America. It is about a getting a fair shot and realizing the American dream, the same dream that has motivated so many to take unimaginable risks to become part of our great country.

From Albert Einstein to Mother Jones, immigrant workers from all over the world have contributed to the social fabric of America and made this country what it is. Yet the newest generation of immigrants continues to wait for our elected officials to wake up, do what’s right and provide the protection they desperately need to contribute their share. President Obama’s executive action on immigration was one small step forward, but it was only a minimal response to a real crisis that has only grown under his watch. Republican Congressional leaders have refused to hear the calls for change and remain fixated on broken policies and political rhetoric that only serve to perpetuate this crisis.

The fact is the American people, immigrants and their families deserve much better than the deafening silence of our elected officials or the feigns of exasperation that nothing more can be done.

Looking ahead, the 2016 presidential elections offer all of us a real opportunity to change the narrative and discourse of inaction surrounding immigration. It offers us a chance to question our leaders, especially those running for president, on where they stand. Do they truly believe granting hard-working aspiring Americans temporary relief is enough? What are their specific policies that will give real hope to millions of immigrant workers and their families? Will they publicly commit to solving this issue within their first hundred days or not? For the sake of millions of families, we must be willing to demand real and substantive answers to these questions now.

As potential presidential candidates continue to stake out their position on immigration and immigration reform, the stakes have never been higher for hard-working families to demand more from each of them — regardless of party. Millions of aspiring Americans remain in limbo and in danger of deportation because of our outdated immigration policies and the politicians that turn a blind eye to exploitative labor practices that drive down wages, benefits and working conditions for all workers.

The United Food and Commercial Workers International Union (UFCW) has seen firsthand the devastation caused by our broken immigration system. From Immigration and Customs Enforcement raids in meatpacking plants to the endless threat of deportation, immigrant communities across the United States have suffered from an ideology of indifference that has pervaded our political system. This must change, and it must change now.

Working together to achieve real reform, we can empower all workers to chase the American dream; but we can’t do so if elected leaders continue to ignore this issue. Creating the better America we believe in demands that our leaders embrace the solemn responsibility they have to fulfill America’s amazing immigrant promise. Comprehensive immigration reform with a pathway to citizenship is one bold step in making the American dream a reality and fulfilling America’s immigrant promise. This July 4, let us declare our independence from political indifference and demand our elected leaders, and especially those running for president, live up to a higher standard of leadership. Let us solve this problem now, not later. Because when we do, millions of families and this nation will be better because of it.” 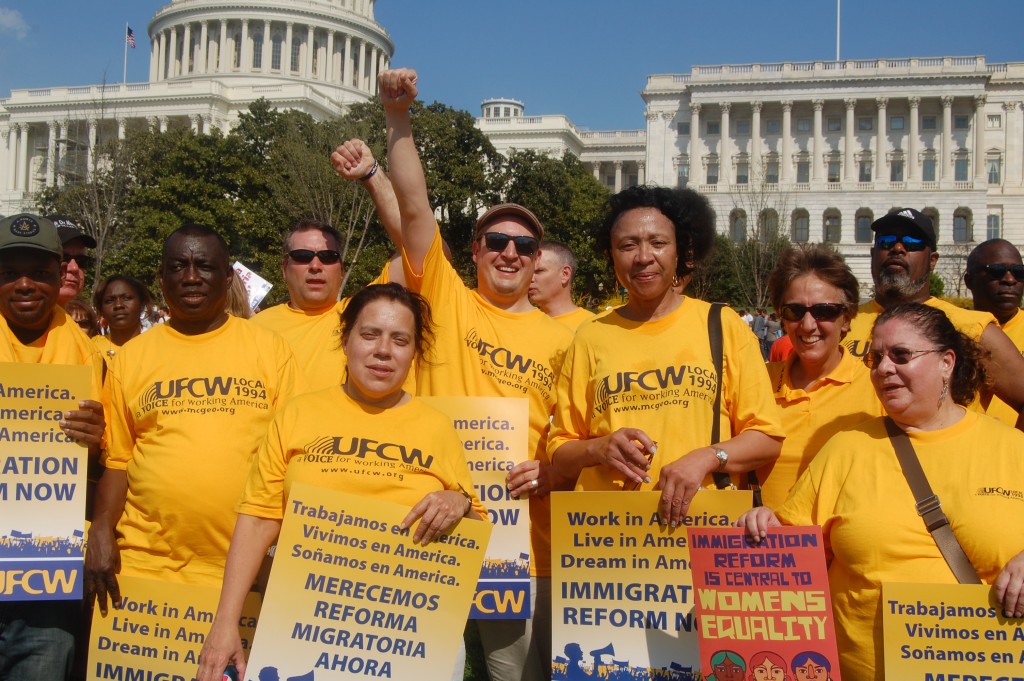 For more information regarding UFCW’s fight for immigration reform, visit http://www.ufcwaction.org/immigration/ and http://ufcwimmigrationguide.org/.