Providence, RI – The United Food and Commercial Workers Local 328 (UFCW) and management from the Ocean State Cultivation Center (OSCC) have come to an agreement on a finalized contract that will provide representation for OSCC employees while setting an important precedent for the expanding medical marijuana industry in Rhode Island.

The finalized contract comes after months of cordial negotiations between OSCC management and UFCW Local 328. The two parties agreed to a Labor Peace Agreement in late 2019, the first of its kind in the Rhode Island medical marijuana industry, which committed them to open, transparent dialogue throughout the negotiation process. The finalized contract will guarantee a living wage, comprehensive benefits, opportunities for career advancement and safe working conditions for the employees of OSCC.

It is also a milestone moment for organized labor in Rhode Island, as OSCC officially becomes the first unionized cannabis business in the state. As this industry continues its rapid growth nationwide, the UFCW has acted as a voice for workers to ensure that they are given their fair share of the gains and successes of the cannabis industry. As Rhode Island is set to move forward with expanding the medical marijuana program and looks further at legalizing adult recreational use, OSCC’s partnership with Local 328 should serve as an example for how to guarantee equity and opportunity for workers in this field.

“The UFCW has been so important in turning these jobs into careers,” said Matthew Baryshyan, who works in cultivation at OSCC. “As this industry grows, so does our need to make sure our best interests are taken into consideration. We now have better wages, a pension plan, full benefits, vacation time, and the list goes on. The UFCW is making sure there is a future in cannabis and it’s a bright one.”

“Taking care of our employees is one of our highest priorities,” said David Spradlin, CEO of Perfect Union. “We are pleased to be partnering with the UFCW local 328 and helping to set a standard for workers in Rhode Island’s cannabis industry. Our partnership ensures our employees will be treated fairly and equitably, allowing us to better serve the community around us.”

UFCW Local 328 represents over 11,000 workers in a range of industries across Rhode Island and Southeastern Massachusetts. Local 328 has deep roots in the region and has been advocating for workers since the 1930s. As the recreational and medical cannabis industries have become mainstream across the United States, UFCW has represented workers in cultivation and retail operations nationwide and has fought to ensure that organized labor has a seat at the table as states ponder full legalization and medical expansion.

The OSCC, located in Warwick, Rhode Island, was one of the first licensed cultivation operations in the state. OSCC provides cannabis products for compassion centers currently operating in Providence, Warwick and Portsmouth that serve over 18,000 registered medical marijuana patients. Rhode Island’s medical marijuana program has allowed these patients to find relief for a range of debilitating illnesses and conditions. 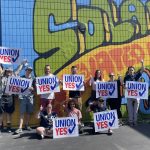 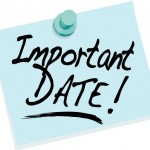