PORTSMOUTH, RI – On Saturday, June 26th, United Food and Commercial Workers (UFCW) Local 328, the union for 11,000 Rhode Island and Massachusetts workers, announced a one-day strike by the recently unionized cannabis workers at Greenleaf Compassionate Care Center to protest the CEO Seth Bock’s illegal retaliatory firing of an employee this week who is part of the worker committee at the company negotiating the first union contract for employees.

Greenleaf CEO Bock terminated the employee without due process and without just cause. The employees at Greenleaf voted unanimously to authorize the strike, demonstrating their solidarity in calling for the reinstatement of their co-worker and their commitment to ending the pattern of retaliatory behavior by their CEO.

Throughout the day of the strike, patients offered an overwhelming amount of support and commitment to demanding CEO Seth Bock stop the pattern of retaliation and to reinstate a valued member of their team who was unjustly terminated.

“We want to first recognize our patients and thank them for the support we have received throughout this process of unionizing. We understand that this action may have disrupted some people’s ability to purchase their medicine, which is something we take very seriously. As workers, we strive to provide the highest quality services and products that we can, because we believe in cannabis and its medicinal benefits.

Over these past few weeks, ownership at Greenleaf has continued to make decisions that impede us from providing that quality of work. After the wrongful termination of one of our best team members, we collectively decided that we had no choice but to take this action.

We’re proud to work in this industry and will continue to stand together in solidarity as we progress towards our goal of negotiating a contract that helps in establishing a standard within our dispensary that supports our growth as professionals and helps bring the focus of our work back to the people that matter the most, our patients.”

UFCW Local 328 is filing unfair labor practices (ULP) charges with the National Labor Relations Board (NLRB), the government agency responsible for investigating and remedying the infringement of worker rights, over the illegal retaliatory firing of the Greenleaf employee.

Greenleaf CEO Bock has exhibited a history of retaliation against employees and is currently being investigated by the NLRB for retaliation and surveillance and has been sued by a former employee for age and disability discrimination.

Greenleaf workers unionized with UFCW Local 328 in April 2021, citing concerns about job security and lack of workplace protections, In just the past six months, the Greenleaf CEO has fired the Director of Retail Operations, the Head of Delivery, the Human Resources Manager and the Chief Operating Officer.

UFCW Local 328 is urging community members to show their support by calling Greenleaf at 401-293-5987 and sending an email to help@greenleafcare.org to demand that the CEO reinstate the employee and end these retaliatory practices. Rhode Island communities in Portsmouth and across the state deserve a good community partner at their local medicinal dispensary that respects the rights of their workers. 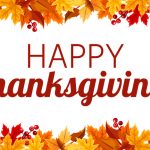 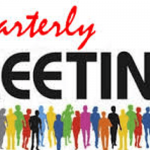 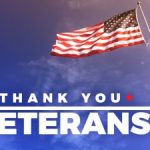