Newly-elected Governor Gina Raimondo held a press conference today at UFCW Local 328’s office at 278 Silver Spring Street in Providence, Rhode Island, calling on the State General Assembly to increase the minimum wage from the current $9.00 per hour, to $10.10 per hour. Below is the official press release (http://www.ri.gov/press/view/24244) as well as some photos taken at the event. 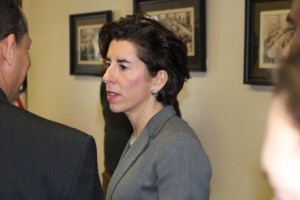 “Today, Governor Gina M. Raimondo called on the General Assembly to increase the minimum wage from the current $9.00 per hour to $10.10 per hour as quickly as possible. 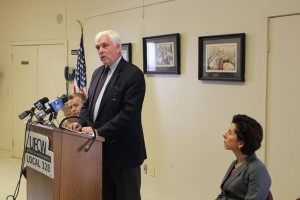 “Increasing the minimum wage isn’t just the right thing to do on behalf of working families, it’s the smart thing to do for the economy,” said U.S. Secretary of Labor Thomas E. Perez. “Raising wages improves productivity and morale, and it also makes sure people have money to spend in their communities. While Congress has failed to act to raise the federal minimum wage, many states have taken the lead. I applaud Governor Raimondo’s call for Rhode Island to do the same, and I encourage the General Assembly to answer her call without delay.” 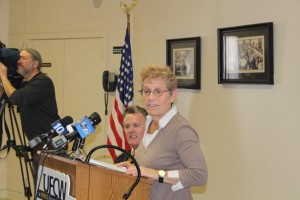 “This call to action is an important step forward for our workforce,” said Director of the Department of Labor and Training Scott Jensen. “We need to make Rhode Island a state that is economically competitive and good for business but also good for our workers.”

According to a study by the Economic Policy Institute, the low-wage workers who would benefit from raising the wage defy our traditional stereotypes:

More than four out of five beneficiaries are 20 years or older;

More than 40 percent of beneficiaries have some college education;

Close to half of impacted workers are employed full time; and

41,000 children in Rhode Island live with a parent who would directly or indirectly benefit 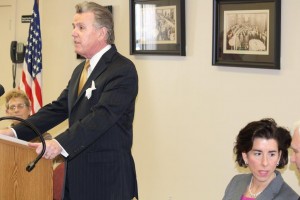 As part of today’s announcement, the Governor is also directing the Department of Labor and Training to provide recommendations for how to strengthen wages for tipped workers.

“Raising the wage is ultimately about families,” said Raimondo. “Rhode Islanders who work full time should not have to raise their family in poverty. But let me be clear: raising the minimum wage to $10.10 does not lift a family out of poverty. That’s why on Thursday I will be releasing my jobs budget – we need to couple raising the wage with true economic development that creates high-quality, family-supporting jobs.””