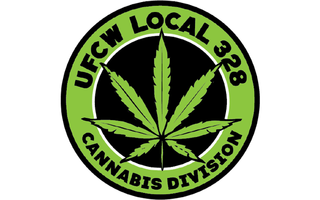 Last year, cultivation workers at Ocean State Cultivation Center in Warwick, RI, joined our union family and became the first cannabis workers in the state to unionize after ratifying their first agreement, which includes guaranteed wage increases, a defined benefit pension, no-cost health insurance and ample paid time off and holidays. In a milestone moment, medical dispensary workers at Greenleaf Compassionate Care Center in Portsmouth, RI, recently became the first dispensary workers in the state to unionize after voting 21-1 to join our union and will soon begin their first contract negotiations.

Recently, New York passed the most equitable and just cannabis legislation we have seen out of the 17 states that have legalized recreational cannabis. Together, we have the opportunity to not only meet that benchmark but to exceed it here in Rhode Island.

As a labor union, we advocate for working people to have the opportunity to build and secure a better future and that is why we support the common sense approach of automatically expunging records for cannabis offenses. Cannabis records are barriers that perpetuate poverty, increase racial inequity, limit social and economic opportunities and make it more challenging to find access to housing. Automatic expungement will open doors and create new opportunities for Rhode Islanders across the state. In addition, we strongly support social equity licensing which will help create new opportunities for those most affected by the prohibition of cannabis.

Importantly, an essential component of legislation included in New York, New Jersey, California and currently considered in Connecticut and Virginia are labor peace agreements. A labor peace agreement is simply an attestation that the business will not attempt to interfere with organizing activity among its employees. The best way to build equity and secure a pathway into the middle class is by giving workers the ability to organize and collectively bargain for better wages, stronger benefits and important workplace protections in an environment free from intimidation. By including this measure, Rhode Island policymakers will be putting working families first by giving them a seat at the table.

We also support the proposal which calls for awarding a percentage of licenses to worker co-operative businesses. Worker co-ops offer the ability for workers to participate in the ownership of the business, providing workers even greater equity and ensuring that our communities have a strong collective voice within the structure of the industry.

Rhode Island lawmakers have the opportunity to pass the most equitable and just cannabis legislation in the country that achieves racial, social, economic and worker justice. Let’s make it happen.